In anticipation of Ruins of Symbaroum, Free League’s conversion of their dark fantasy RPG for the Dungeons & Dragons 5e ruleset, members of London RPG Community are pleased to present this very unofficial vision of player character options.

When Free League ran the Mother of Darkness Kickstarter back in March 2019 and they added the Symbaroum d20 stretch goal, I don’t think I had fully appreciated the ambition that they had for this project. In June 2020 the Ruins of Symbaroum PDF was released and by August we’d set up a group to play through the included introductory adventure and started to homebrew our own ideas of origins and classes/approaches for 5e based on the original game’s published material.

Free League have a forum just for their 5e Symbaroum, where the rules of the game are being discussed by the game designer and there is participation from the community as well. We’ve posted the document there, and if its of interest to you feel free to join in the conversation!

What follows are the ernest attempts at creating origins and classes that we have wanted to play taking our understanding of D&D 5E’s rules and learning about (and leaning into) Symbaroum’s lore and setting. It’s not an exhaustive list at all. Using the examples shared in the Ruins of Symbaroum PDF, which included player character rules only up to level 6, we’ve added the following Origins: Changelings, Undead, and Ogres.
And for Class Approaches, we have Mystic Approaches for Sorcerers, and Witches. The Scoundrel Approaches for Witch-Hunters, Treasure Hunters, Sappers, Queen’s Spy, and Thief. Finally, Warrior Approaches for: Tattooed Warriors, Berserkers, Templars, Captains, and Duellists.

We were not originally going to share what we had made, however we have taken the plunge to prepare the following homebrew for those who are anticipating the official conversion from Free League.
We hope this document helps others who are eagerly anticipating the full Ruins of Symbaroum release, and can spark good conversation around the rules we’ve suggested. 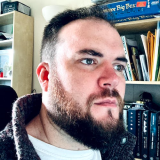 Systems Check GM and occasional player. On a general RPG playing hiatus with my first child.